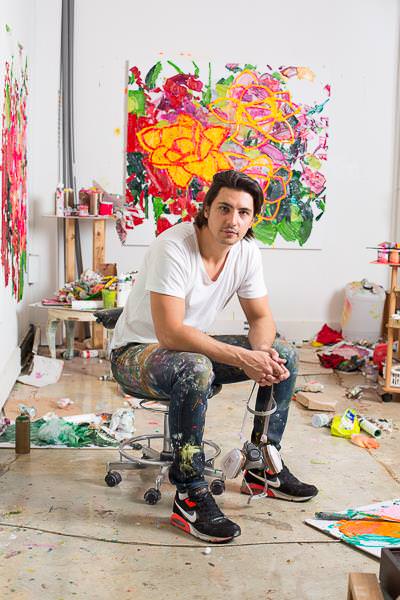 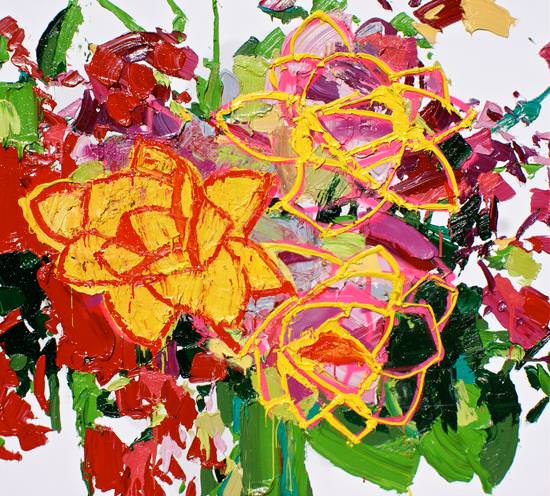 Extremely talented, Alesandro works in a range of styles while maintaining his own distinctive approach of thickly textured oils. 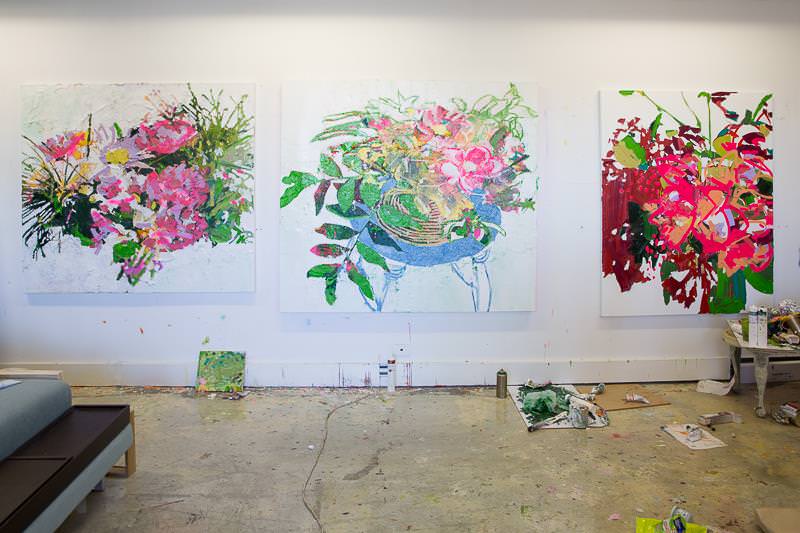 Alesandro Ljubicic was born on the 6th of March 1986 in Jajce a town which was first built in the 14th century and served as the capital of the independent Bosnian kingdom during its time. When the Croatian war of independence was fought in 1991, this is when the Ljubicic family decided to move to Sydney, Australia with their only child, Alesandro and start a new life. From a very young age, the creative passion and inherent discipline to achieve was always there and throughout his teens Alesandro was constantly given credit for his art efforts, even to the point woman were seen crying at his final year art project Passions of Christ, From this Ljubicic was offered a scholarship and grant. 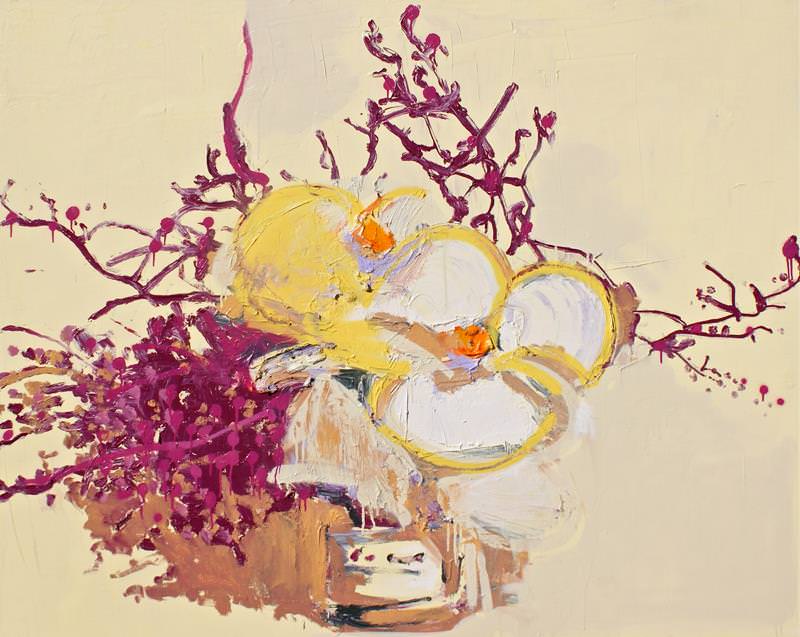 Alesandro Ljubicic Shock Berry Yello $5,500 Oil on linen (153x122cm) This was a definitive moment for Alesandro deciding to follow his passion in becoming a practising artist. Alesandro Ljubicic studied at the National Art School where he was involved in a number of exhibitions and art awards. He completed his degree with a high distinction – winning the William Fletcher Scholarship and a solo show at the Xavier Art Space, which was opened by broadcaster Alan Jones and with proceeds going to the Cancer Foundation. 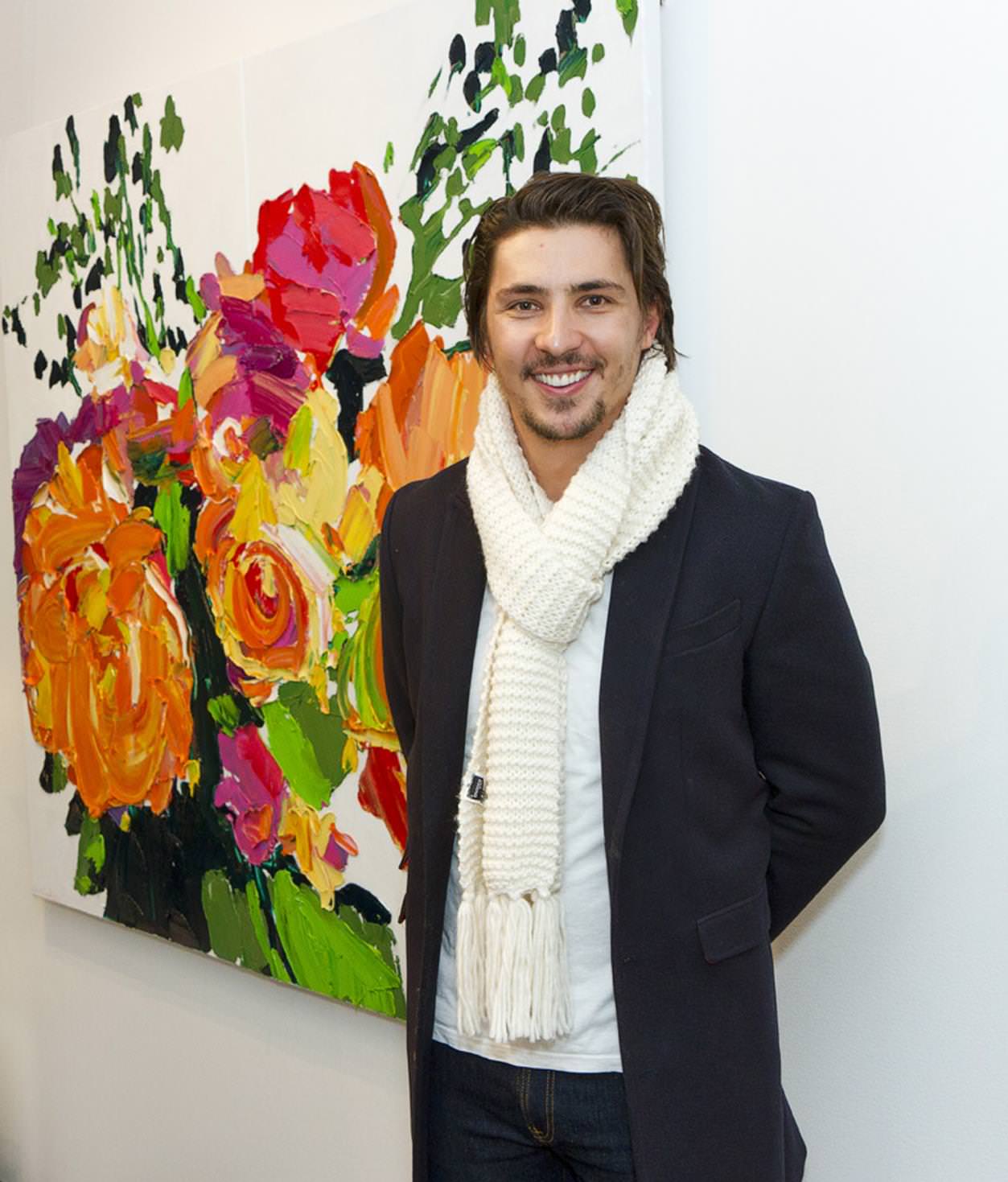 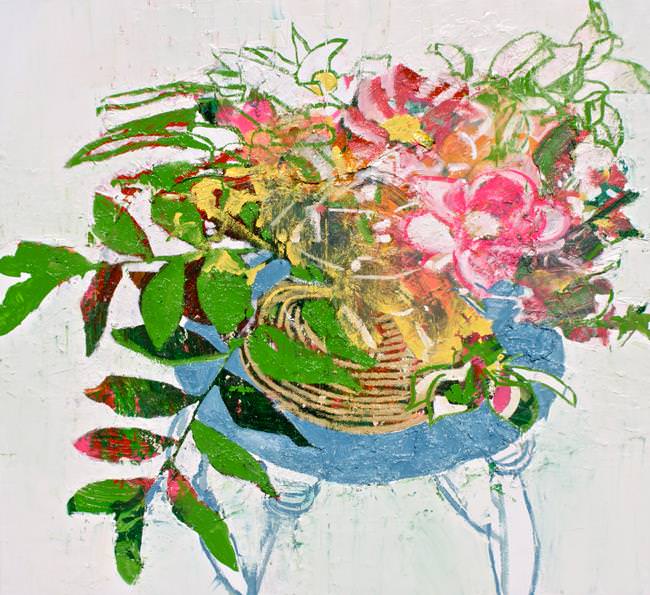 Alesandro Ljubicic Mixed Assortment III $6,400 Oil on linen (167 x 153cm) Today Alesandro spends his time in his studio creating a large number of commissions, contemplating, sketching, painting and most passionately, working towards his next body of work which will be exhibited at Art2Muse Gallery in Double Bay 17 December 2013 – 20 January 2014. 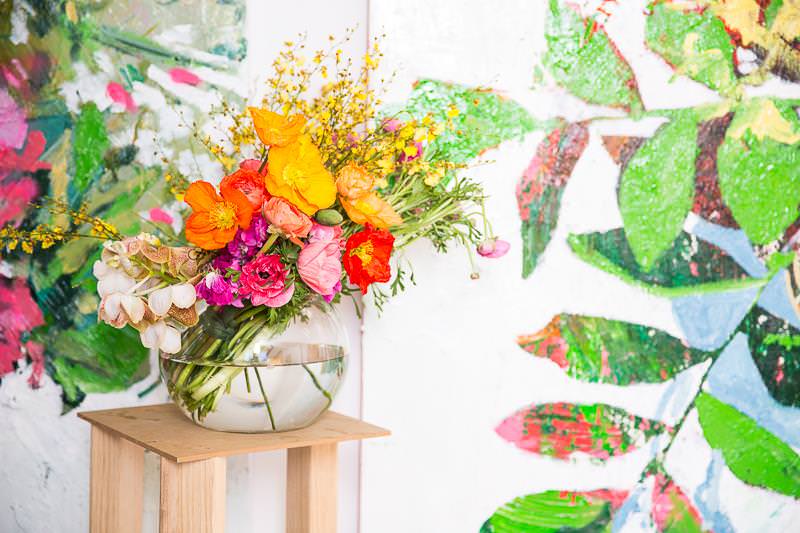 Alesandro is also working towards a major exhibition at Art2Muse Gallery in collaboration with florist Sean Cook of Mr. Cook flowers. Alesandro’s series of highly textured abstract paintings will be inspired by Sean’s floral arrangements and the gallery will be filled with luxe floral designs.

Photographs courtesy of Jacqui Turk. To view the works in person, please contact Katrina Hampton. Prices quoted are in Australian dollars and include GST for sales within Australia. Copyright of images remains the property of the individual artist.