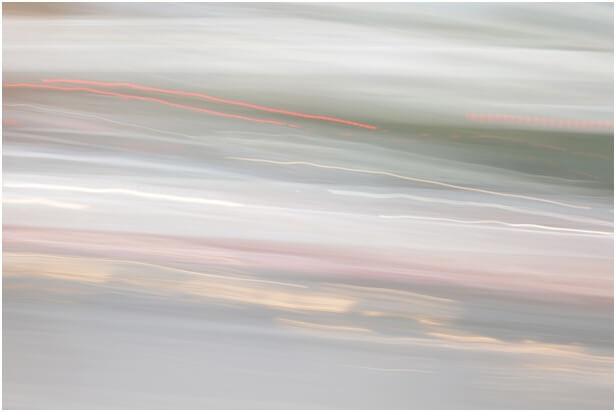 During his twenty six years as Sydney’s leading portrait photographer, Charles Foulsham has also been photographing landscapes and developing unique in-camera techniques. Not previously exhibited before, Charles is now ready to share his landscape images and has collated them into a collection. Rivers of Light is an abstract exhibition of photography capturing the momentary and transient effects of ambient light and movement upon a subject, at certain times of the day, creating rich abstract colourful images.

Charles will present Rivers of Light at an upcoming exhibition at Art2Muse Gallery in Double Bay, Sydney, Australia from 16th February and will run until 29th February. “Rivers of Light is a feast for your eyes and brain, it is intelligent photography, art that makes you think.” Charles states.

“I have been photographing landscapes and art photography for twenty six years. I have been winning awards with it for well over two decades. Finally, I am ready to show the world my art photography. This work is very personal to me, I absolutely love doing it, and I am extremely passionate about it. I have invested a huge amount of creative time to develop my work to this level.” - Charles Foulsham 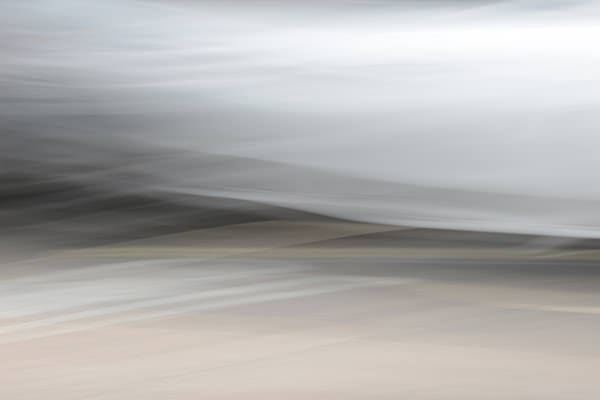 Charles employs a new technique that harnesses a river of light that he has developed over many years, to capture each image’s specific light and movement, all of which is created within the camera with a single click of a button. This technique is scientific, mathematical, and precisely calculated individually to encapsulate the magnificent images. Rivers of light is full of vivid colours, abstract shapes, it is extremely contemporary and special in the world of photography. “When I say scientifically and mathematically, every image you shoot manually is calculated. There’s timing of the exposure, there’s the aperture that you’re setting as well, all of this I calculate to match the ambient light within each and every image that is captured,” Charles states.

“Rivers of light is both technical and artistic, it describes how the light splashes across the subject in each image. The river of light that has been captured by the camera on the surfaces of images.” Charles comments, “I like to leave a bit of mystery and nostalgia about the techniques I have developed and use. If I were to actually describe what I have done, the viewer would look at the images and not believe what I have done to capture it, so I really believe that some techniques are best kept a secret!”

“I am a painter the only difference is that my camera is my paintbrush and the ambient lights are my paints. All of my pictures look like paintings ranging from watercolour, acrylic to heavy oils, however they are not paintings, they are simply pictures taken within my camera that have had absolutely no photoshopping whatsoever, other than to remove a few CCD in camera dusk marks. I truly love the end results, the printed art piece.” - Charles Foulsham

CHARLES FOULSHAM HAS BEEN A LANDSCAPE AND ART PHOTOGRAPHER FOR 26 YEARS. HIS EXHIBITION RIVERS OF LIGHT WILL BE HELD AT ART2MUSE GALLERY IN DOUBLE BAY, SYDNEY, AUSTRALIA 16TH – 29TH FEBRUARY.

The images have been photographed in their respective locations around Sydney and some regional areas across Australia. Each picture contains unique coloration within the spectrum of the rainbow, each depicting soft vivid abstract hues and shapes that montage together to magically create an illumination of their own special local environment with harmonious complexities. “I’m a local photographer from Double Bay, and the eastern suburbs of Sydney, so it made sense to me to photograph locations in my local environment. There are three images in the exhibition that were taken using a slightly different technique including the Watson’s Bay image and the Coraki and Yamba images, which were taken when I was on a holiday. However, all of the images are part of an overall technique,” Charles explains.

“Every day my work surprises me. It continues to develop and improve each and every time I take a photograph. I am very lucky that I love what I do so much and that I still have such a passion for taking pictures. In fact, photography burns inside me now even more than it did when I first started as an artist and professional photographer twenty six years ago.” - Charles Foulsham

Charles likes to create images that encourage the viewer to participate in their interpretation. He wants the viewer to look closely within each named location so that the details inside each photograph will appear to be more transparent. Though abstract, some of these photographs are far more intricate than what is viewed in their beautiful colours that are splashed across each individual photograph, as they truly are the colourful imagery of a local neighbourhood.

Charles states, “These images that were photographed in their named suburb locations may also not actually be of the subject they appear to be. You may see landscapes of hills, beaches, oceans and dramatic skies, when in fact the actual image exposed was of something else far more detailed and rolled into one single image of intense richness.” He continues, “To me, Watson’s Bay looks like a normal photo, but if you look at Bondi you may think you’re looking at Bondi beach but it may not be. It’s been taken in the area of Bondi, they’re all taken in the area of their namesakes.” 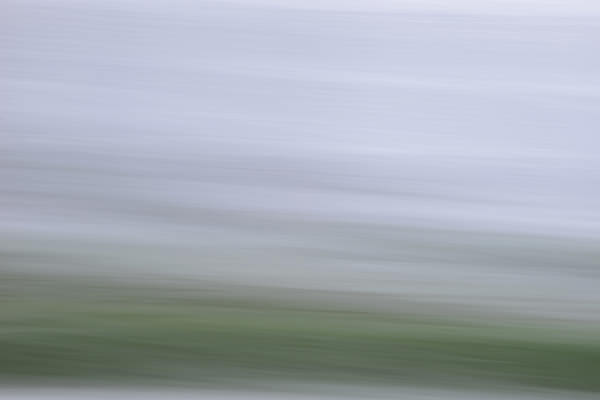 Every art piece is an original with an array of detailed textures. Each photograph is a single exposure that was skilfully taken within camera and can never be repeated copied or matched. Charles explains, “Everything is done in camera. The CCD sensor in the camera has little dust marks on it and sometimes these appear on the image, so the only thing I’ve done is to remove these tiny spots before printing, I have not done anything else, no colour has been added, no contrast, just gentle retouching.” He continues, “People can go out and try to create images like I have but they won’t get it. Every photo that I take will always be unique, it will always be different, and you can’t replicate the images.”

Charles can take pictures of his landscapes at any time of the day and during a variety of different weather conditions. “I think all times of the day are interesting to photograph but the light is often always better in the morning or later in the day to capture the softer ambient light perfectly. Weather will give you a different result, for example overcast will produce a softer light that is always good. On the same token, a bright light will present other results that can be exciting, and a storm at any time of the day can often surprise me,” Charles explains.

In 2015, Charles achieved a major milestone within the Institute by being awarded his third Masters’ (2nd Gold Bar) at the recent Australian Professional Photography Awards with the likes of Peter Lik. Charles had another career highlight last year, by becoming a Licentiate AIPP Member. According to the AIPP, a licentiate is a person who has a formal attestation of professional competence, borne from experience, to not only practice a profession, but also to teach, educate and mentor others in the profession. This is considered to be a mark of respect and recognition for seniority and experience, awarded to AIPP accredited members of more than 15 years.

Charles has also been invited to exhibit his work in the largest photographic exhibition in the southern hemisphere during the 2016 Head On Photo Festival that will be in Sydney, Australia in May 2016. Charles’ SYMMETRY exhibition will be held from 14th May through to 22nd May at the Bellevue Gallery in Double Bay, Sydney. During the Head On Festival, Charles will be exhibiting a series of prints which include many images that have helped name him the NSW Professional Photographer of the Year four times, and finalist twice, in the past six years. The exhibition will also include some of his Australian and International award wining images. It is the first year that Charles will exhibit at the festival, “It’s an honour to be chosen for Head On. There are approximately 500 photographers selected for the festival, making it the largest photographic festival in the Southern Hemisphere.” Head On has earned a reputation of operating with integrity and providing all photo-artists invaluable opportunities to exhibit in Sydney and internationally. The festival is a bridge between Australian and international photographic markets.

Later in the year, Charles has also been asked to exhibit his work at the ArtHouse Hotel in the Verge Bar from August 6th until 1st October. Details will be announced later in the year on Charles’ website and his Facebook page. 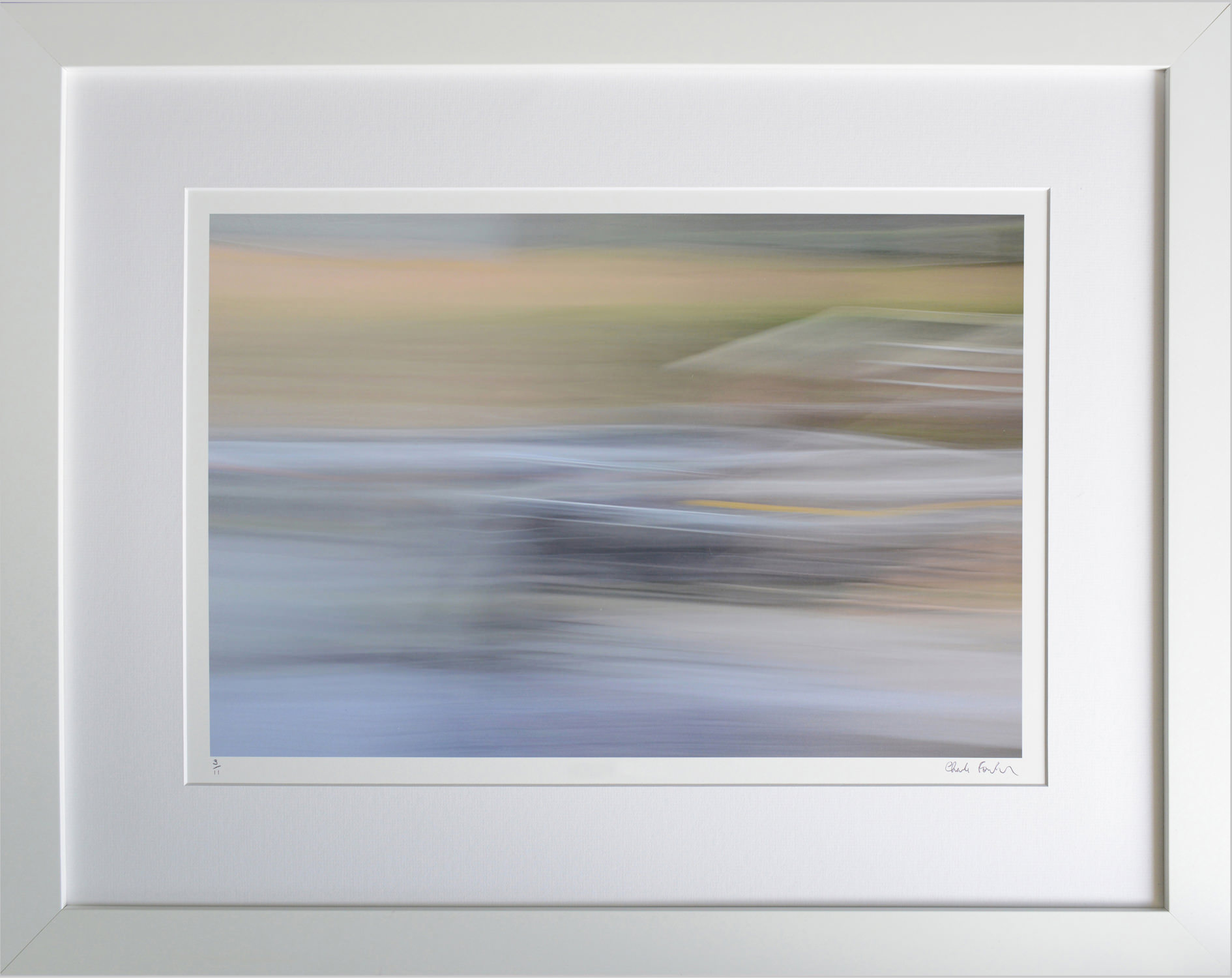 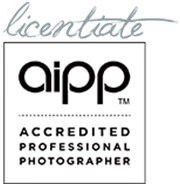