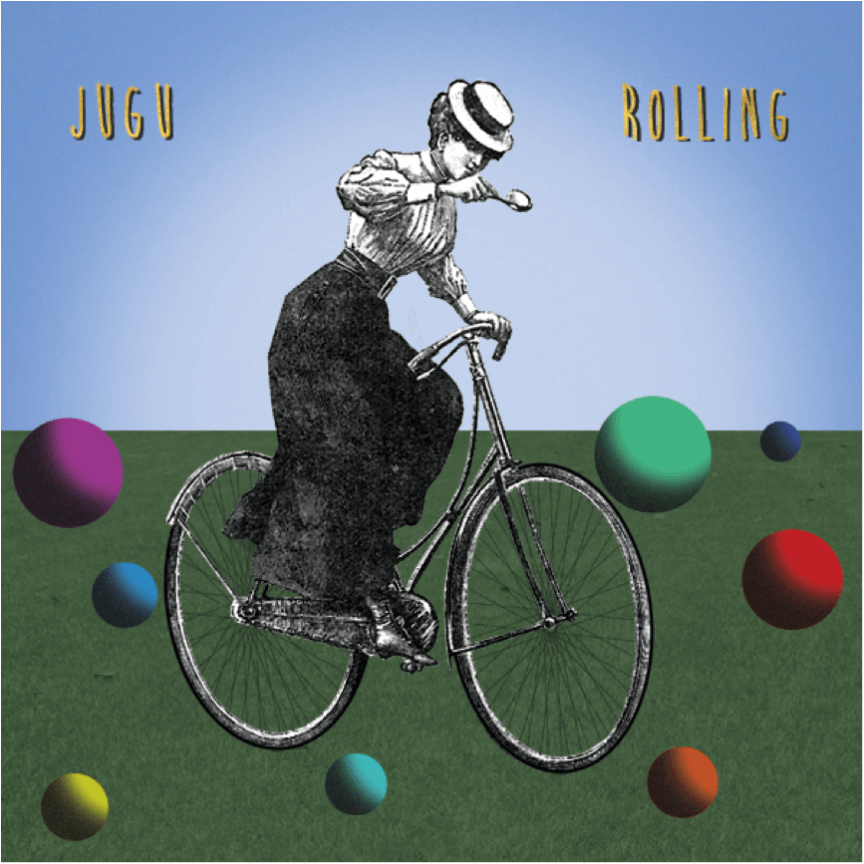 Juliet Guterres, aka Jugu (rhymes with voodoo), produces Electro Pop in her living room and creates her unique sound by layering her intriguing vocals over synthesizers and electronic drums. Juliet was born and raised in Sydney, Australia. Her first E.P Getting Closer, was released at the end of 2010 and received airplay from community radio stations around Australia. So far, Jugu has had two tracks that have had spins on Triple J, her single All The Girls, and a collaboration with fellow producer Empiafor Over The Edge. Jugu’s latest release Rolling is a song about riding a bike. Juliet made the artwork in Photoshop using an illustration from an old Victorian girls’ magazine that belonged to her great-great-aunt called ‘Stringy-Bark Kate’.

Jugu takes some time out to tell us a little about her life, how her interest in music started and where she’s at right now. Jugu is set to make an impact on the Australian music scene and A LA MODE SYDNEY will be cheering this uber-talent into her music super-future………

Jugu is set to release her latest song Rolling on Tuesday 22nd July, 2014.

My name is Juliet Guterres. I’m a songwriter, electronic music producer and vocalist from Sydney, using the alias Jugu, an abbreviation of my full name, as my stage name. I also work part time as a graphic designer and doing general odd jobs for my boyfriend’s online energy efficiency store. You could say I’m a vegetarian animal loving greenie. Maybe that’s why my most recent song Rolling is about riding bicycles.

I first started writing songs as early as primary school. I followed my older sister into learning the Suzuki piano method at age three, and I think that early training gave me a good ear for music. Instead of practising I would muck around and make up my own songs. I remember being a massive fan of Salt-n-Pepper and starting a girls’ group in the playground called “Bad Girls” (ha ha). I forced my friends into doing back-up singing in a talent quest that I had nagged the Deputy Principal to organise. It was hilariously woeful.

Fast forward to high school and I was the biggest nerd – when I see Chris Lilley’s Ja’mie character I cringe at the similarities. I was in all the school choirs, school musicals, jazz and concert bands (I played the alto-saxophone by then), the debating team and I was the social justice group leader doing speeches at school assembly. But all that practise performing means that now I’m OK in front of an audience, I don’t get much stage fright.

After school I studied Digital Media at the College of Fine Arts, UNSW.  There was a sound recording component to the course taught by Simon Hunt (of Pauline Pantsdown fame), an amazing lecturer.  Learning Pro Tools and how to record was an absolute revelation.  My first recordings were terrible but I loved creating music from scratch.

From then on I knew I wanted to work in music.  I did a couple of internships and worked as a receptionist at a recording studio and eventually I found my way to working for screen composers as a junior audio engineer.  But sadly the studio I was working for closed down and I found myself out of a job. So I decided to do my own thing and startedJugu. That was the best decision ever, though it’s been a massive learning curve.

Juliet Guterres, aka Jugu, working on a song in her home studio.

Right now I make music with a humble little set up I have at home in the living area of my apartment.  It’s so easy now to do everything yourself and distribute your music online, I don’t have management or a label yet.  I released a song called All The Girls at the beginning of this year that luckily got some play on Triple J. Then I collaborated with fellow Sydney producer Empia on a track called Over The Edge that also did quite well.  Very recently I sent my new song Rolling to a couple of blogs and I’ve been amazed at the response. I have a handful of other songs near completion so I can’t wait to get them out there and see what happens next.

My aim is just to make the best music I can. I’m not stressed if it doesn’t go anywhere but I’m open to the opportunities that come my way. I’m just happy to be able to contribute to the cultural pool of incredible music that’s out there that inspires me every day. I don’t believe in following trends and making hits. I just want to make intelligent pop music that reflects my musical tastes. I think that if it resonates with me, then maybe it just might resonate with some other weirdos out there too, and that’s good enough for me.

The future is looking just fine for Jugu – She is set to release more songs this year.

Hey, and today whatever comes
Follow the fire trail track
and you will blaze your way back home

Take the wheel, take control
I know what you may need
Take a shot take the lead
Tracing long lines in the dust
Take me to the places you love
Oo I gotta go

Hey, and today whatever comes
Follow the fire trail track
and you will blaze your way back home

There you go rolling….

Jugu proves herself to be the anti-matter version of Sia, and I prefer it that way. SoundlySounds - Ryan Saar

Hey guys, this is my collaboration with another producer by the name of Empia, and recorded vocals for his new track. Check out the result hereand let me know what you think!

Juliet says she won’t be getting sick of seeing this anytime soon! Jugu – All The Girls gets airplay on Triple J Unearthed radio in 2013. Photo via Instagram. 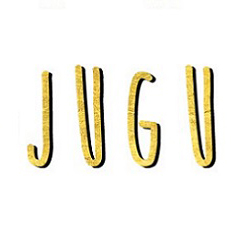 Latest posts by JUGU (see all)