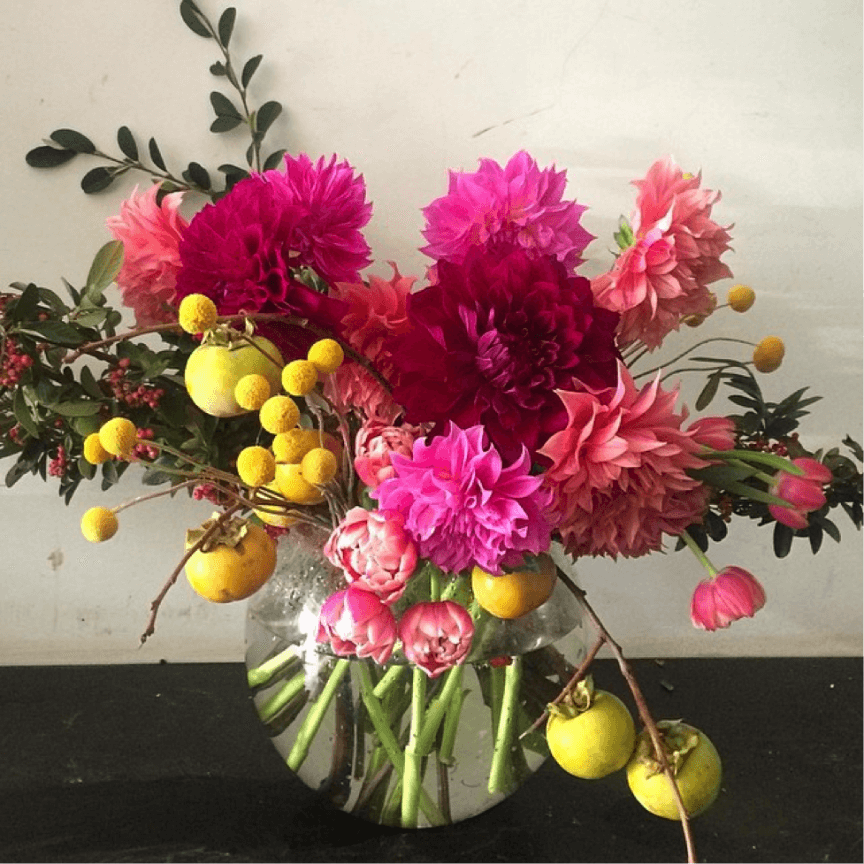 Sydney’s talented florist Sean Cook of MR. COOK fondly reminisces about childhood holidays spent at his Nanna’s beautiful home in country Parkes, New South Wales. Over many years, Sean’s Nanna Gwenny had established a beautiful garden filled with established fruit trees, endless varieties of roses and the obligatory choko vine. Attached to the house was a huge Fernery filled with enormous Staghorns, and a variety of ferns and orchids, that Sean would spend hours watering while watching the frogs and tadpoles in the central pond. Sean comments, “I loved pottering around with Nanna. Her garden was a little oasis in dusty, dry old Parkes”.

Sean’s early floral inspiration was also found is his own family’s urban garden in Homebush, Sydney. “At home we had a big garden and I’d select flowers, cut them and wrap them in foil to take to my teachers at school, I think I may have been the teachers pet”, laughs Sean.

A visual merchandising role at Sydney retail icon David Jones, in the mid-1990’s provided the environment for Sean’s creative talent to unfold. He was in charge of the famous Food Hall and spent hours, and a robust merchandising budget, creating “crazy” windows inspired by director Peter Greenaway’s decadent movie The Cook, The Thief, His Wife and Her Lover (1989).

“This was a time when my creative talents really emerged and I used a lot of flowers in the windows, together with the food produce”, Sean recalls. “I have always loved flowers” - Sean Cook aka MR COOK 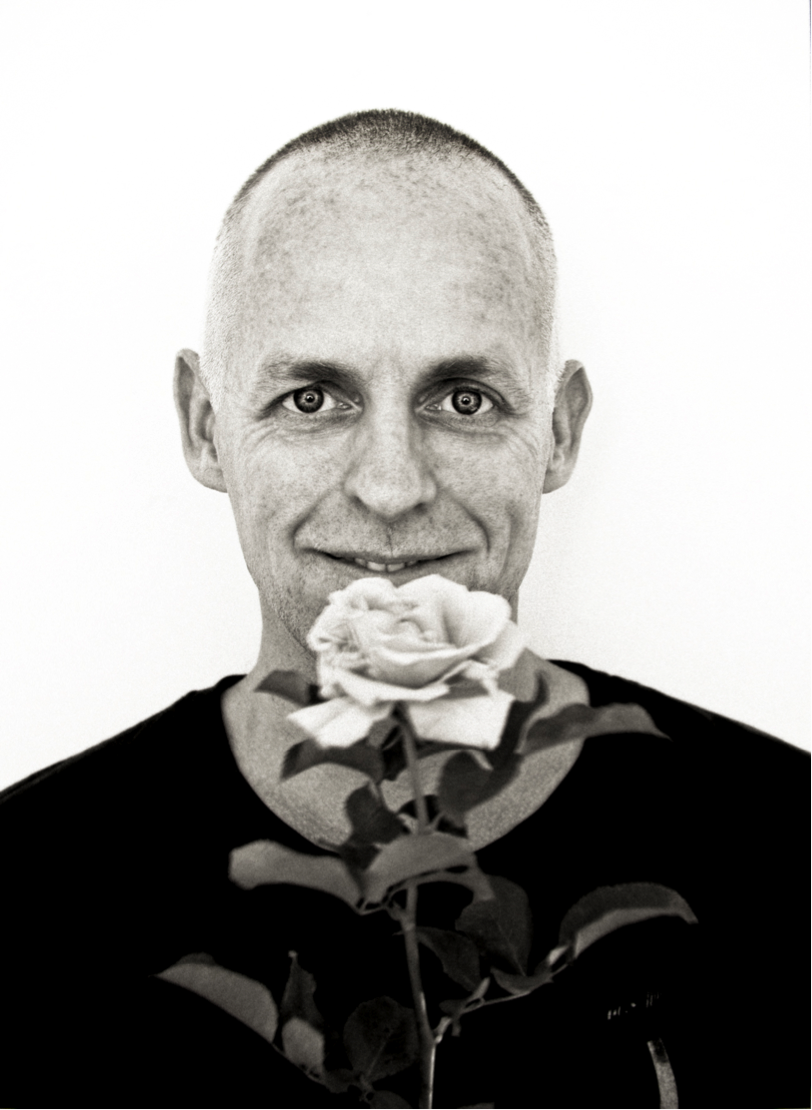 His next job was with a production company that involved travelling around Australia planning and producing large corporate events that involved serious working hours. “This job was great at the time and the frenetic pace appealed to me, but I soon started to wonder if there was something more,” Sean continues, “so I decided it was time to look for a career that involved something more creative and required fewer hours, a decision that makes my segue into floristry a little amusing”.

For many years, Sean had followed the career of Sydney florist Alison Coates. He coveted her talent and beautiful floral artistry that he frequently purchased or was the welcomed recipient of her glorious arrangements. Alison made a decision to close her business and the well known Grandiflora opened in its place. This was to mark the start of Sean’s new career, “I walked in one day to inquire about a job, they happened to be looking for someone and were pleasantly thrilled that I had no formal experience in floristry at that stage. I started a week later”.  Fourteen years on, Sean wrapped up his time at Grandiflora following many overseas trips for international clients and collaborating on three books with owner Saskia Hargreaves.

In 2011, MR COOK opened its door in Double Bay, Sydney, Australia. “Double Bay wasn’t on my radar but a great store, in a great location, came up and I suddenly could see the potential for a retail front for my business” Sean explains. Business has been good and Sean’s decadent floral arrangements are appreciated by many clients and friends including high profile Sydney contemporary artist Alesandro Lubjicic whose beautiful highly textured, abstract oil paintings on linen are inspired by Sean Cook’s floral arrangements. 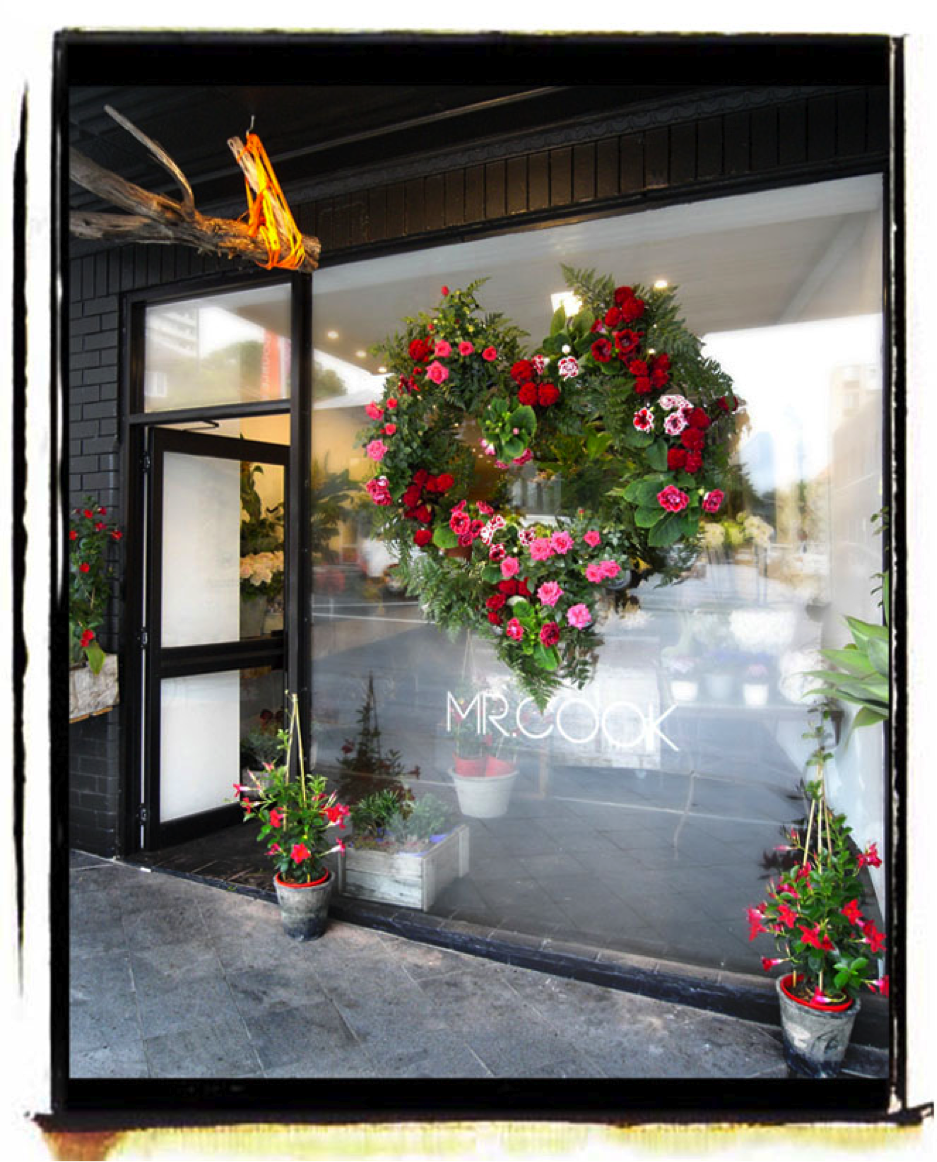 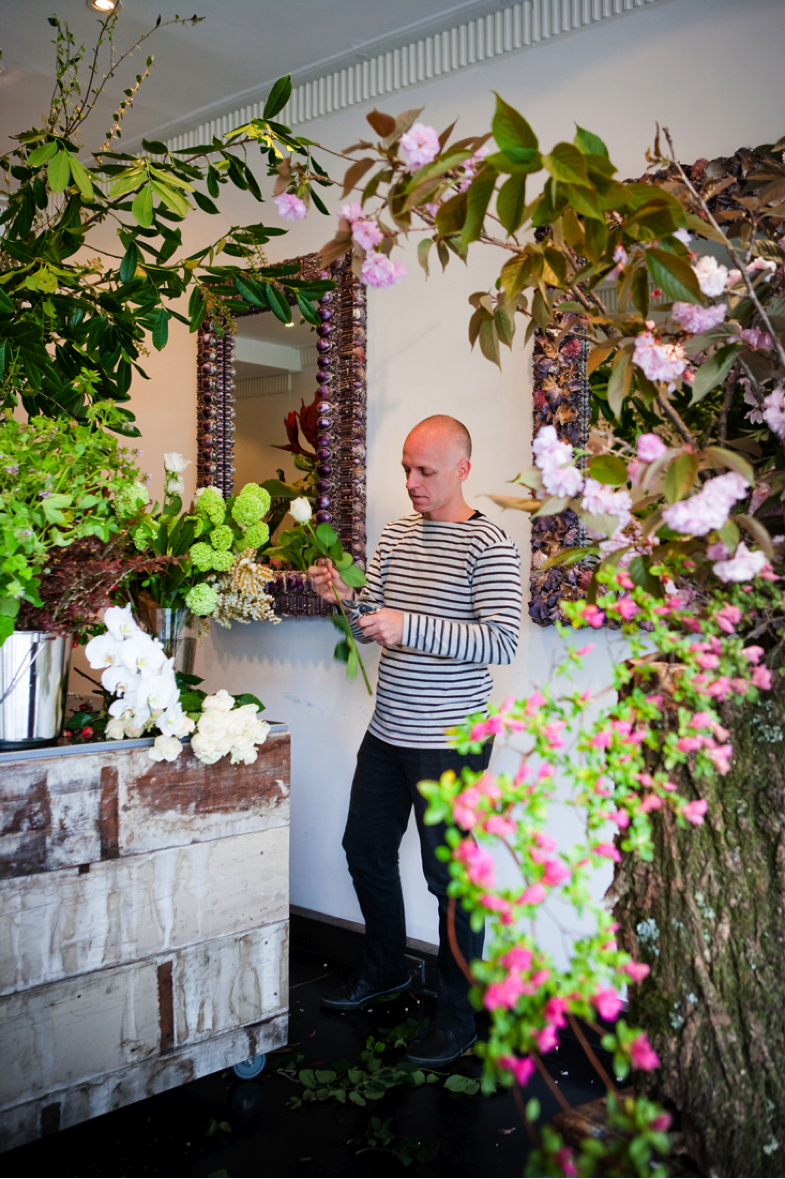 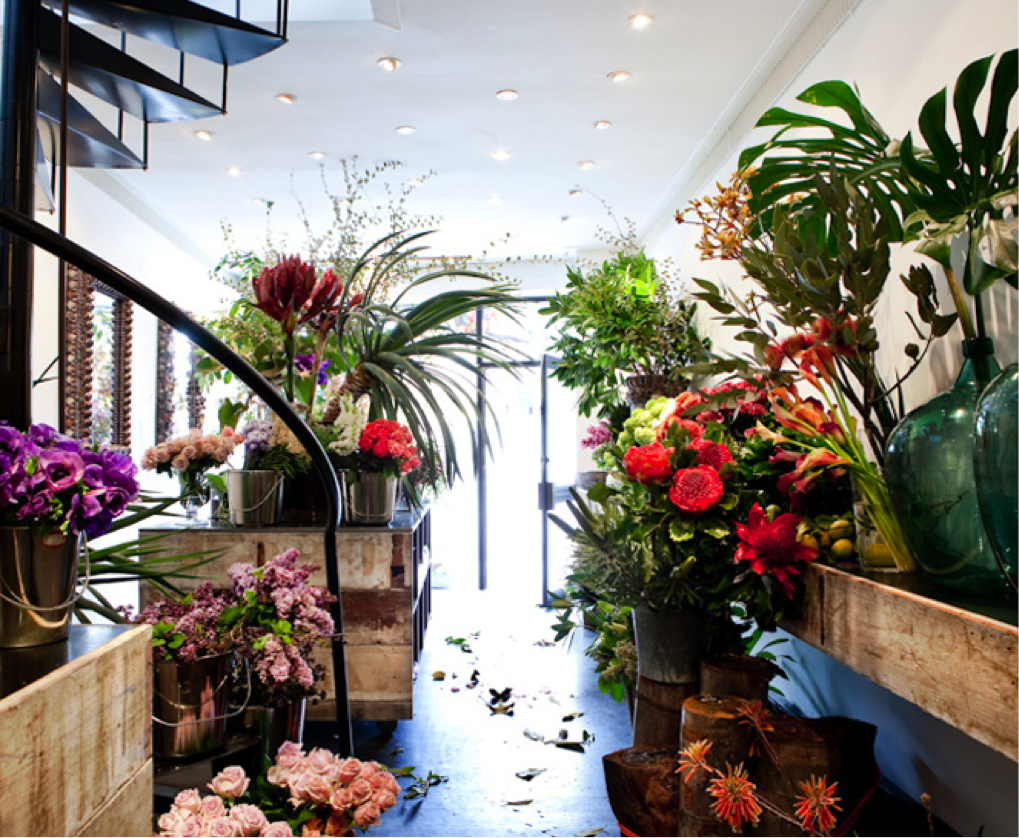 One day in 2012, Sean was walking past Double Bay art galleryArt2Muse and spotted one of Alesandro Ljubicic’s paintings hanging in the window. He called into the gallery to inquire about the painting with owner Katrina Hampton. Sean asked Katrina if he could hang one of Alesandro’s paintings in the window of MR COOK. Following a conversation with Alesandro, the painting was hung in the window and by the end of the day Sean had purchased it. Sean and Katrina then arranged with Alesandro for a second painting to be hung in its place and that painting was sold the following day. This was the start of a unique working relationship and serendipitous friendship. 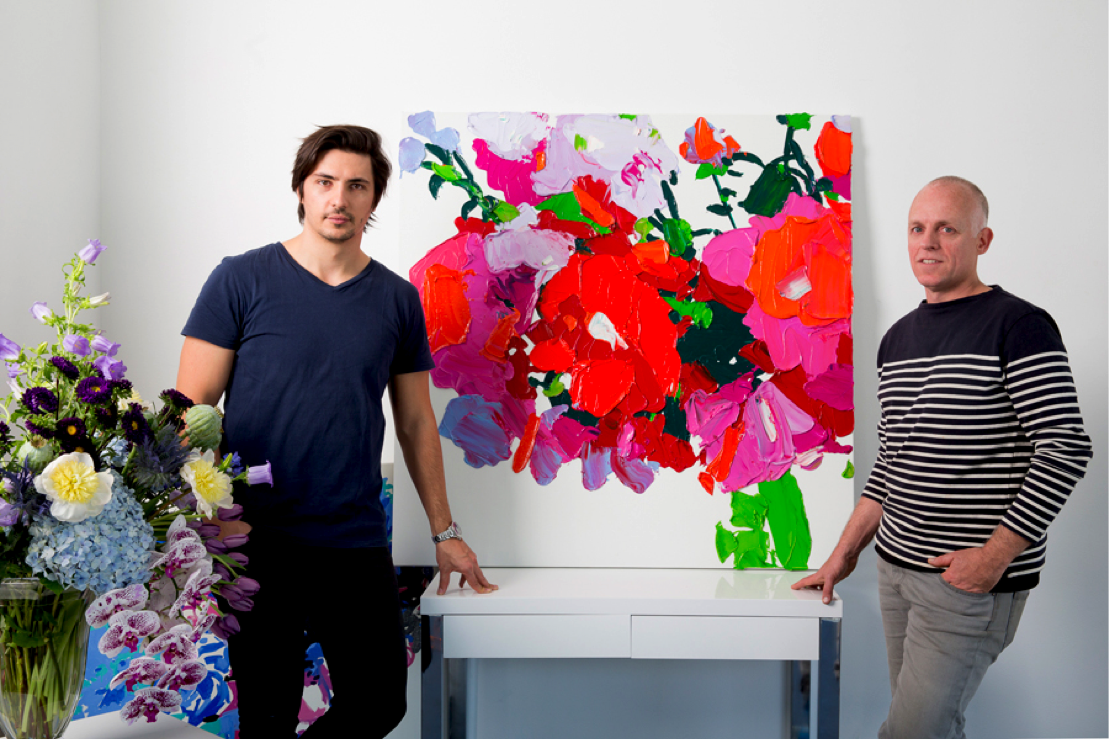 Alesandro is consistently motivated by Sean’s floral artistry and frequently checks in to his Instagram feed and the MR COOK website for inspiration. It was clear to both Alesandro and Sean that flowers and art are a fabulous creative combination. For two years now, their mutual love of flowers and art has resulted in a collaboration that has produced many masterpieces created by both Sean and Alesandro in their respective artistic careers. Sean explains the symbiotic relationship between the friends,

“Sometimes Alesandro will request a specific colour direction for the floral arrangement or, other times, I will have total creative direction and deliver the surprise arrangement to him. I always look forward to seeing the paintings that act to immortalise the flowers”. - Sean Cook aka MR COOK

“Sean’s floral arrangements provide inspirational colour & texture that I draw upon to create my paintings. I admire his talent and he inspires me with my creative direction” - Alesandro Ljubicic 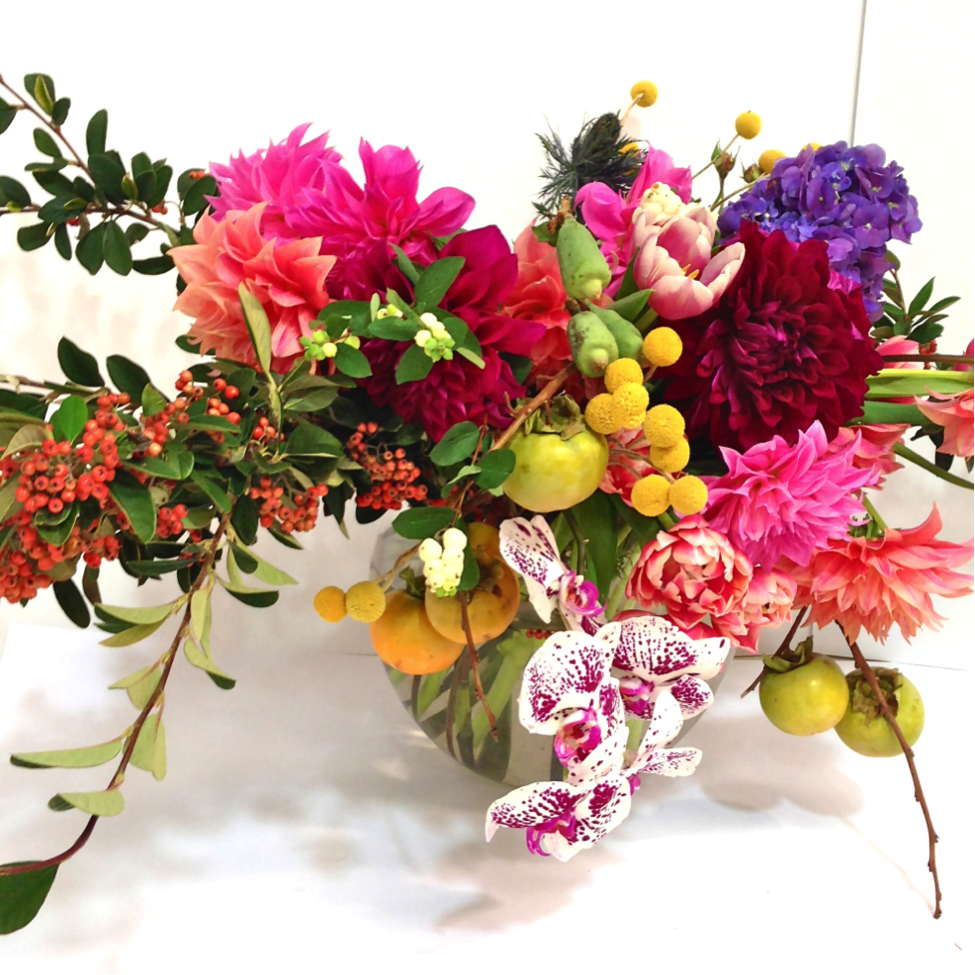 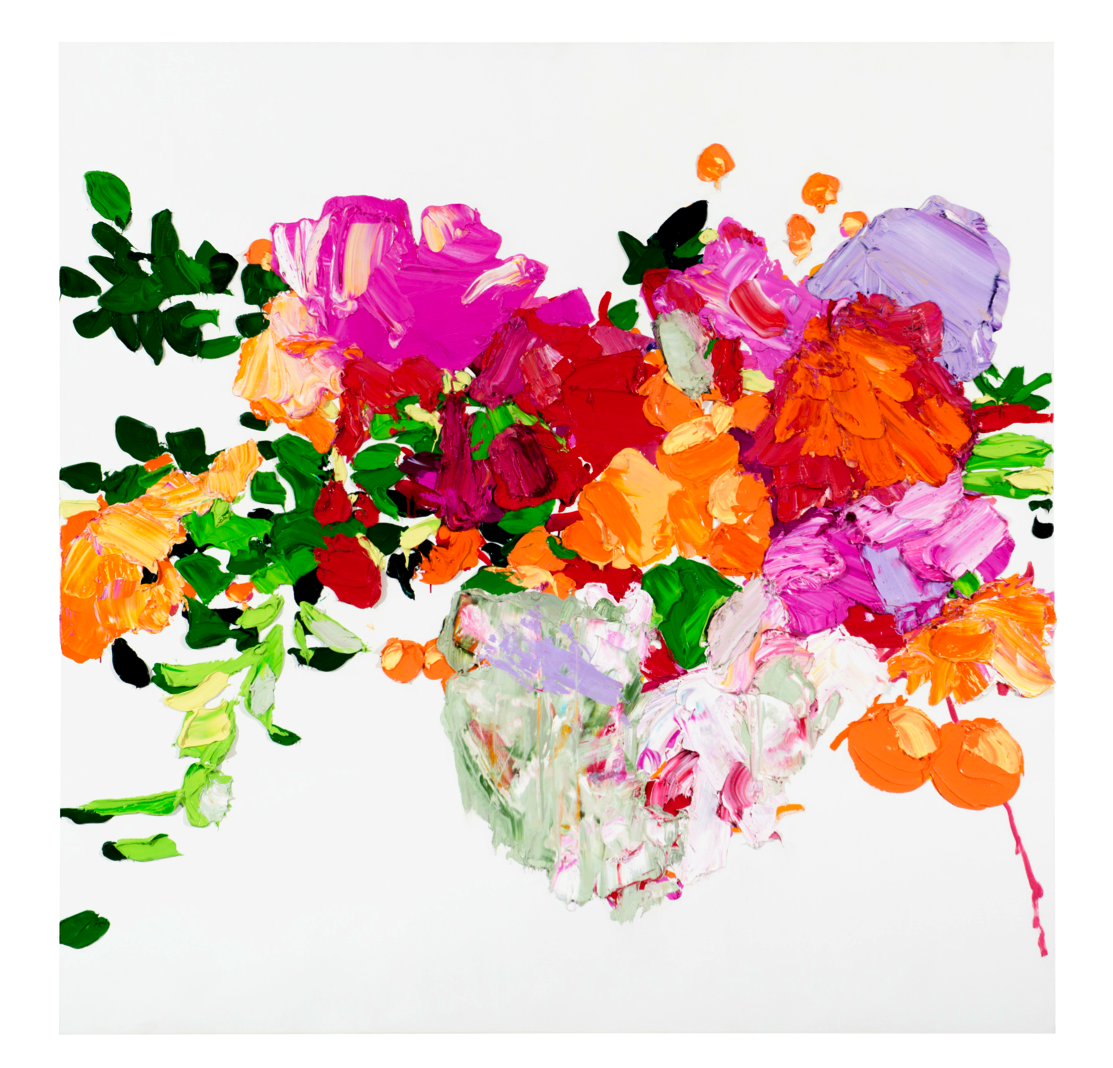 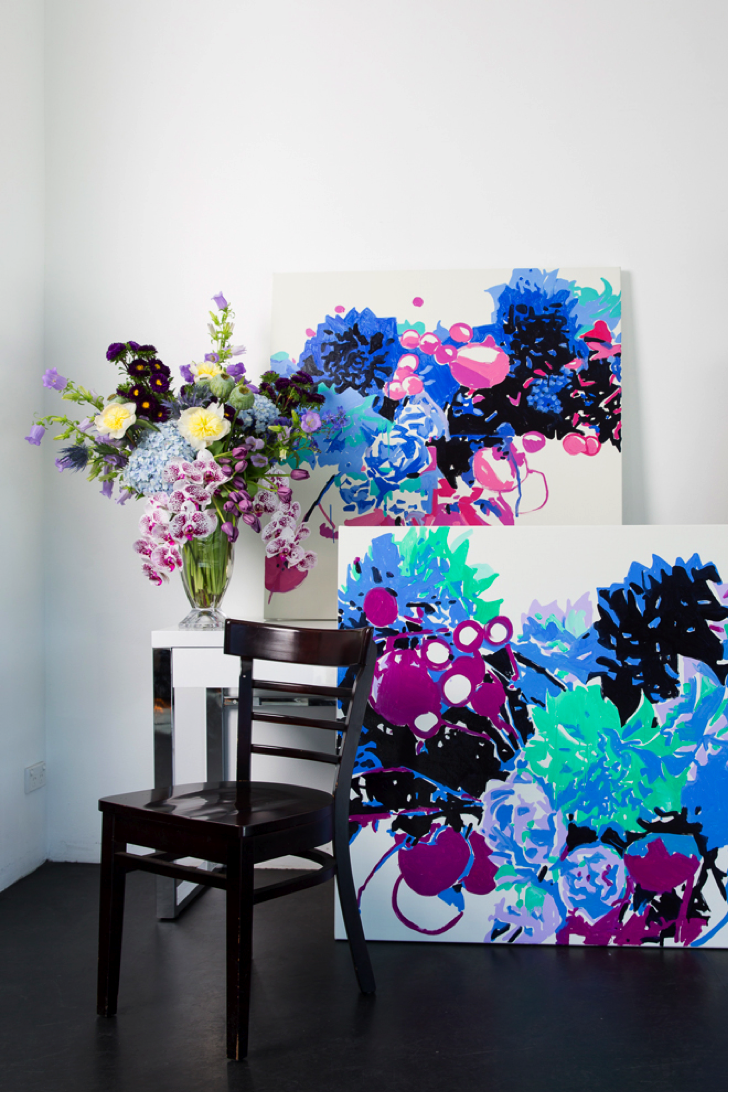 A floral arrangement from MR COOK with works in progress by Alesandro Ljubicic for the November 2014 exhibition at Art2Muse Gallery.

Sean, together with his talented assistant Benjamin Fountain, start their day at 4am to source beautiful blooms at the Sydney Flower Market and through private, local suppliers. Sean and his MR COOK team create over twenty extraordinary works of art each day. It’s a hyper-fast working environment that can involve days that sometimes run over eighteen hours for Sean and his team, as they create beautiful floral arrangements for corporate events, installations, magazine shoots, weddings and a variety of clients.

“I couldn’t image my life without flowers. They bring so much enjoyment and creative beauty to each day. They are joyous.” - Sean Cook aka MR COOK

Despite Sean’s enviable boundless creative output, nature inevitably places a timeframe on each of his beautiful floral arrangements. His floral artworks have a limited real-time lifespan, but his friend and collaborator Alesandro Lubjicic often immortalizes them in his spectacular contemporary artworks, inspired by the flowers from MR COOK. 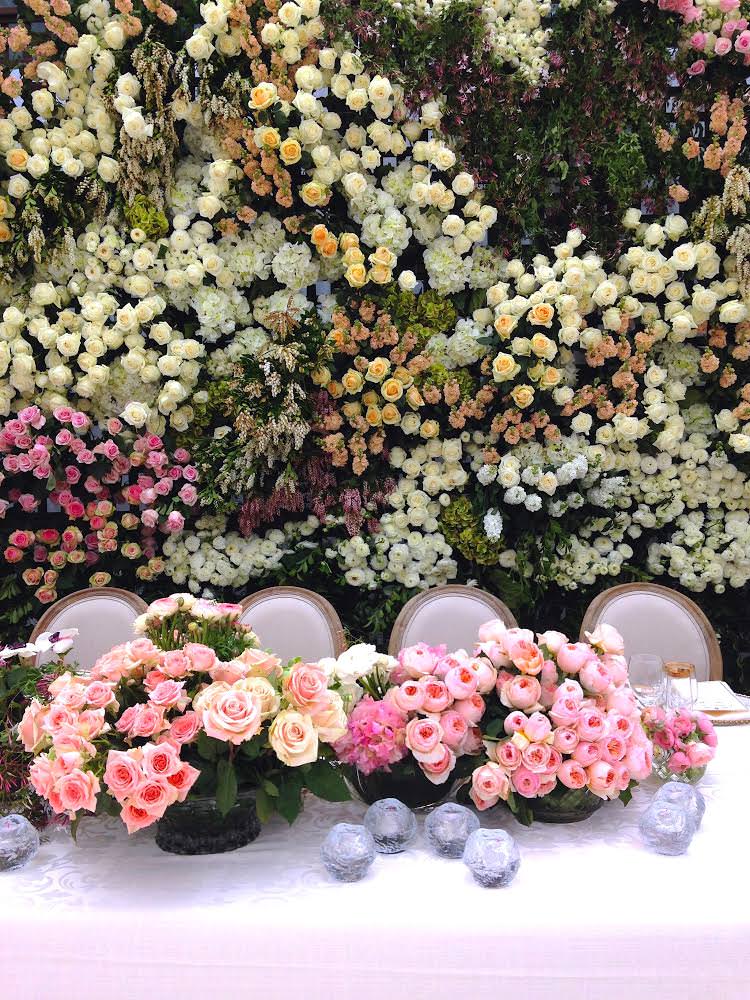 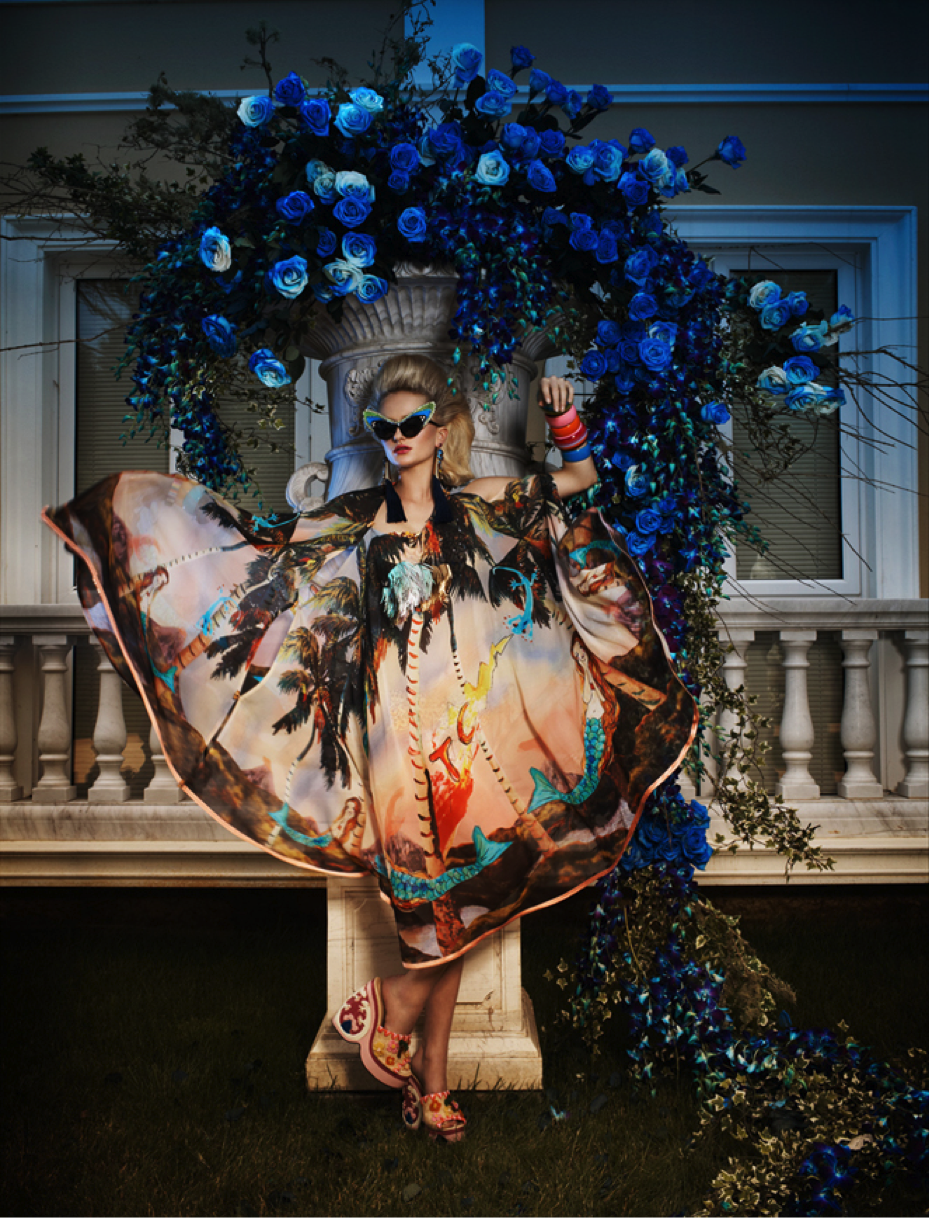 MR COOK was commissioned to work on a fashion shoot in February 2014 with Club 21 Magazine. Photo credit: Juli Balla.