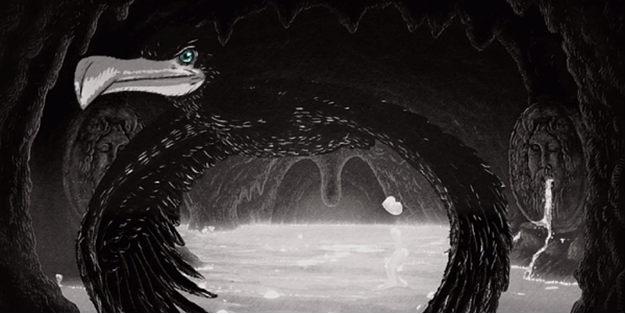 Trunk Animation‘s epic music video for David Gilmour’s new single Rattle That Lock started with a brief but intriguing phone call back in March. The opportunity to work with such an iconic studio for such a renowned musician was both extremely exciting and slightly daunting for directors Alasdair + Jock.

‘Hi it’s Fiz Oliver, the producer at Hipgnosis. We’d like to come in and have a chat about a project for David Gilmour.’ - Fiz Oliver

Hipgnosis was created in 1968 when Creative Director Aubrey Powell teamed up with close friend Storm Thorgerson, and together they re-wrote the visual language of album covers. They created some of the most outstanding images in music history for Led Zeppelin, Paul McCartney, Peter Gabriel, Black Sabbath, 10CC, and Pink Floyd. Powell and Thorgerson famously brought London’s air traffic to a standstill when the large inflatable pig they were using as a prop for the Pink Floyd ‘Animals’ album shoot broke free from Battersea Power Station and drifted into Heathrow’s international flight path.  Since Storm Thorgerson passed away in early 2013, Aubrey Powell has consistently worked with David Gilmour and Pink Floyd, continuing the tradition of bespoke design.

David GiImour has stood at the pinnacle of musical achievement for over forty years. A core member of Pink Floyd, the singer, songwriter and virtuoso guitarist’s unique sound can be heard on his latest solo project “Rattle That Lock”. The title track on the album of the same name was inspired by an unlikely mix of the French SNCF rail announcement jingle and John Milton’s epic 17th century poem Paradise Lost.

David Gilmour’s song, with lyrics by Polly Sampson, was inspired by Book Two of Milton’s poem which sets out to deal with the grandest of themes. The poem, which encompasses twelve books, concerns the Biblical story of the Fall of Man: the temptation of Adam and Eve by the fallen angel Satan and their expulsion from the Garden of Eden. In book one Milton lays bare his intention, to “justify the ways of God to men”.

With a brief to reference Gustave Doré’s sensational mid-19th century illustrations for Paradise Lost, the project needed a team who could not only bring the intricately detailed etchings to life but could do so in a manner that captured the depth, drama and scale of both Gilmour’s song and Milton’s poem.
Trunk directors Alasdair + Jock were perfectly placed for the project. Taking advantage of the rare but well-judged need of a development period, the team set to work studying the poem and its wider significance. The film’s rich narrative takes its main inspiration from the first three books of Milton’s poem but incorporates details from all twelve.

David Gilmour – Rattle That Lock from Trunk Animation on Vimeo.

The film follows the fall of Satan from the kingdom of Heaven and his subsequent journey through Pandemonium, Purgatory and Chaos on his way to corrupt the virgin Earth. As the tale plays out, Satan takes on new forms as his character also progresses. Starting as the beautiful yet fearful Fallen Angel he is first re-born as a sinister, masterful Cormorant before finally transforming into a lithe Serpent that wreaks havoc on the Earth in a cloud of jealousy and rage.

Having both attended Edinburgh College of Art, Alasdair + Jock revelled in the opportunity to develop the imagery and weave some of their favourite art references into the mix. Goya, Bosch, Piranesi, Bernini and John Martin were all heavily referenced, as were smaller details from the famous ‘She Wolf’ Roman statue, a subtle skeletal illustration from ‘The Birth of Venus’ by Botticelli and an Otto Dix inspired dead horse. A particular favourite of the team is a sequence set in a petrified forest, influenced by Gustave Doré’s illustrations for The Inferno and German printmaker Albrecht Dürer. 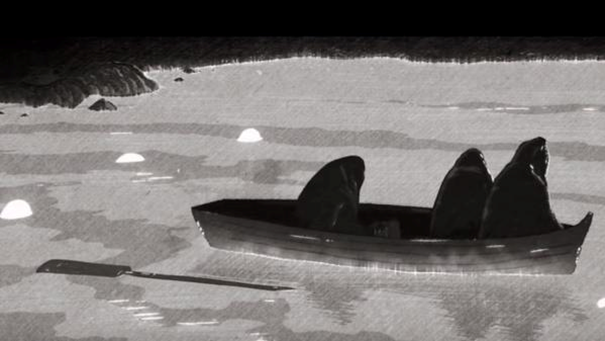 Once David Gilmour and Polly Samson had signed off the overall concept, Trunk’s producer Richard Barnett pulled together a team of 12 animators, art-workers and compositors. Over the next three months Alasdair + Jock threw lakes of fire, petrified lost souls, and even the hounds of hell at the team. With Jock creating massive original drawn artworks for the backgrounds and Alasdair pulling all the elements together in the composite, the team worked tirelessly to create mesmerising sequences.

With the creative bar set so high, technical challenges were never too far away. The level of quality in the animation came at a cost, both in time and resources. Each frame went through a range of different processes. The animation was roughed out, cleaned up and had layers of art-working added. The animation was then composited with highly detailed backgrounds, adding further lighting, effects and camera moves. Finally, the whole sequence was sent through a colour grade at Glassworks.

Working with the talented sound designer Barnaby Templer and his team at Fonic, the film was brought to life with layered foley and sound effects, which were then delicately mixed with David Gilmour’s track.

The finished film has all the elements that we have come to expect from an Alasdair + Jock animation. A beautiful play of light evokes the softness of Doré inspired prints, while the strong visual narrative captures the epic nature of Milton’s poem. A dark humour underlines many of the scenes and the detailed imagery reveals countless references to the poem layered throughout.

The video demonstrates Trunk’s position as one of the country’s leading animation production companies, with a client list that boasts the likes of Blur, Elton John, The Rolling Stones, Elbow, Hot Chip, Madness and Coldplay amongst others.

The finished video will accompany the release of the album by the same name on social media. The De Luxe Box Set also includes a documentary by Aubrey Powell, charting both the making of the song and the animation process itself. 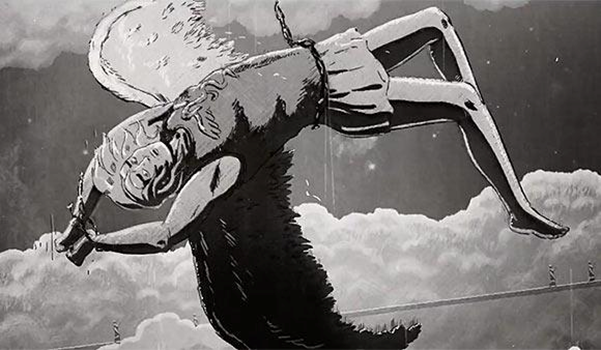