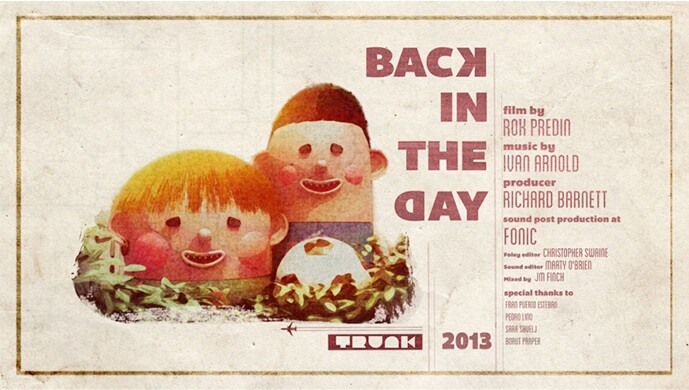 Back In The Day from Trunk Animation on Vimeo.

ROK PREDIN
Rok graduated from the Academy of Fine Arts in Ljubljana in 2005. After touring Europe in bands playing everywhere from back room bars to stadiums, he began to experiment with animation as a tool to tell abstract stories, mixing sound and imagery together for the first time. Since signing with Trunk in 2009 he’s created projects for Elton John, Madness, Keith Urban and The Rolling Stones as well as directing commercials and broadcast identities for international clients, whilst always continuing to make his own films, telling his own stories, in his own unique style. These have gone on to win awards and screen at festivals all over the world.
www.rokpredin.com
Twitter // Facebook